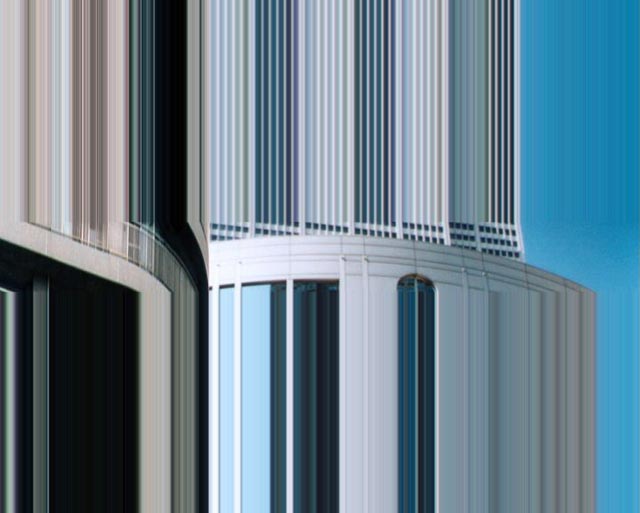 Bridge is an algorithmic film about architecture. The film is based on a collage of still-images of buildings in Tokyo, Japan. These tall structures are scanned vertically and are only see trough a small horizontal gap in the screen. The rest of the screen is filled with two single lines - the top and bottom of the gap repeated. As the gap moves through the image, these lines perform a slow and soft abstract animation.