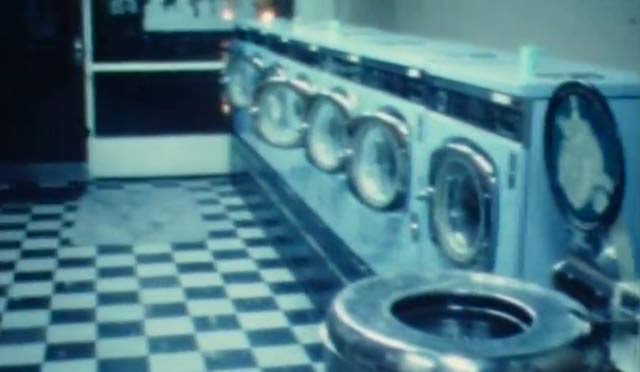 1979 One day while hanging around in a laundromat, German composer and performer Frieder Butzmann was inspired to write a song based on the programmed cycle of the washing machine - prewash, wash, spin-dry
He noted the length of each pages and the calculated the time for each one, so the song would fit onto a 7 record.(1)

1981 One day while shopping in a record store, Mogens Jacobsen bought the record  Waschsalon Berlin by Butzmann.
He was inspired to shoot a 8mm movie in a laundromat in Copenhagen.

2015 In January 2015 Frieder Butzmann and Mogens Jacobsen edited the soundtrack and the 8mm into a video. For the first time in 34 year the audio and image was united.
(1) Quote from  Berlin Sampler by Théo Lessour translated by Sean Kearny, 2013-