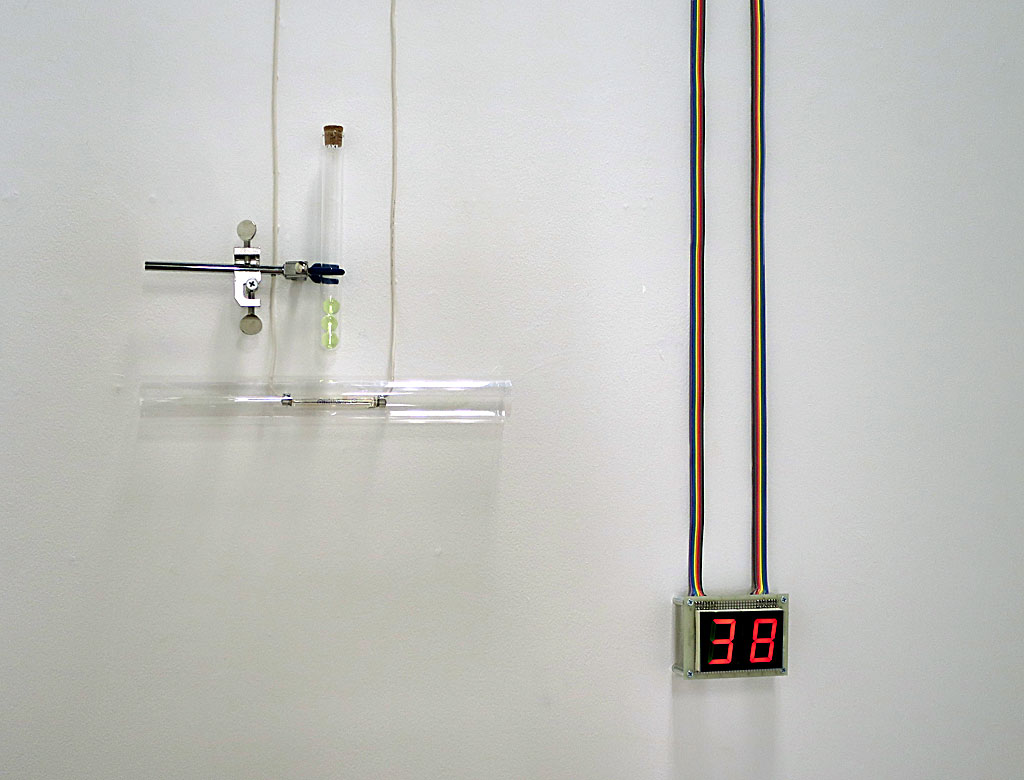 During my work in digital media and art, I have always tried to avoid the build-in pseudo-random generator of computers. To me, it seemed like faking  a cheap way of making simple works appear more complex than the really were.

Truly random numbers are not that easy. I first realized the commercial value of random numbers, when I was exploring the works of John von Neumann and Herman Kahn at the Rand Corporation. There I discovered the famous book A Million Random Digits with 100,000 Normal Deviates published in 1955. I was looking into how the digits in the book was generated using a radio tube operating in a magnetic field, generating noise.

During a short artist-in-residency stay in Tokyo, I was researching the Omijuko fortune-telling at temples: You pay 100 ¥ coin and get a random stick with a number painted on it. This number refers to a box containing a strip of paper with your fortune written on it. Again random numbers are commodities.

At the end of my residency period in July 2015, I presented 4 works - all related to random numbers  at an exhibition at 3331 Arts Chiyoda, Tokyo.


The 4 part of "Random Numbers"

Omikuji, one million.
Oversizes Omikuji-stick with the number one million painted on it. Audio-recording from Senso-ji temple, Tokyo.
Wood, paint, 2-channel audio-track.

μSv/Year, Least Significat Digits.
Radiation from uranium glass is registered by a Geiger-counter. According to quantum mechanics, radioactive decay is truly random and can only be described by statistics - probability over time. This installation uses the timing between registered beta- and gamma-rays to generate a random number. Only the two least significant digits are shown - the numbers shown does represent the level of radiation in the room.
Uranium glass, Geiger-tube, LED-display, electronics.