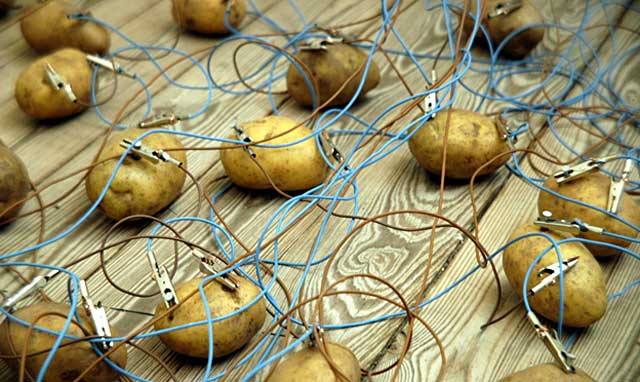 In May 2006 the European Council (ECRI) published their third report on human rights in Denmark.
Although the content was generally undisclosed, the Danish government began planning to discredit the report four weeks before it was made public. Immediately after the publication of the 86 page long report, the government released a 13 pages long communication questioning the validity of the report by pointing out minor inaccuracies. Thus the government succeeded in directing the primary focus of the public away from the main issues identified in the report.
To all the critical points in the report, the response from the Danish Prime Minister - Anders Fogh Rasmussen - was; A report which claims that Denmark treats its minorities badly belongs in the dustbin.

The Power of Mind 3 / Dissociative Defence take the final chapter of the ECRI report as the point of departure for a political comment. This chapter of the ECRI report is being processed in the exhibited system. The system consists of a computer submerged in vegetable oil and a galvanic battery consisting of a several hundred potatoes (the Danish national food). When the exhibition starts out, the electrical power of the network of potatoes drives a software system that suppresses most of the words in the chapter. As the potatoes begin to dry out or sprout the suppressed words and censored sentences will gradually reappear in the text. This process is not visible in the gallery space, but can only be seen by accessing the system on the internet.

Dissociation is a mental process, which produces a lack of connection in a person's thoughts, memories, feelings, actions, or sense of identity. During the period of time when a person is dissociating, certain information is not associated with other information as it normally would be.

You can read the full report on Denmark on the website of the European Council.

The project was supported by: